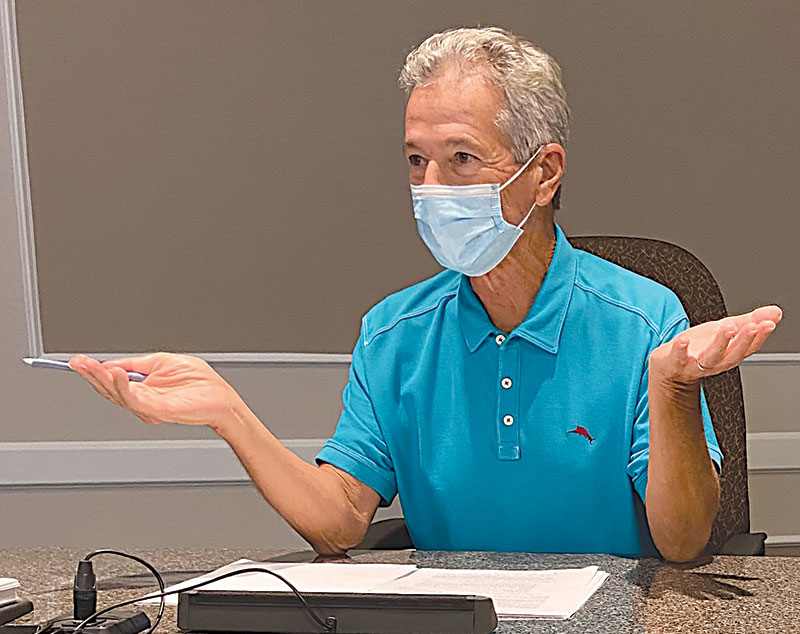 Anna Maria Commissioner Joe Muscatello announced Nov. 24 that he was one of 26 confirmed cases of COVID-19 in the city. He said he struggled for three weeks to recover from the virus, adding that it was worse than his experience with cancer. Islander Photo: Ryan Paice

Commissioner Joe Muscatello said at a Nov. 24 meeting that he was one of at least 26 people in Anna Maria who had tested positive for the virus.

“You don’t want it,” Muscatello said. “It was horrible. I’ve been through stage-4 cancer and this was worse. I couldn’t move for three weeks.”

He said he suffered a 102-degree fever and was bedridden but did not require hospitalization.

“This is personal for me, now,” Muscatello said. “I was worried about it before…. Now that I’ve had it, I’m even more worried.”

“This is serious,” he continued. “I let my guard down one day and I got it. That’s all it takes.”

Muscatello thanked Mayor Dan Murphy and city staff for checking on him throughout his illness.