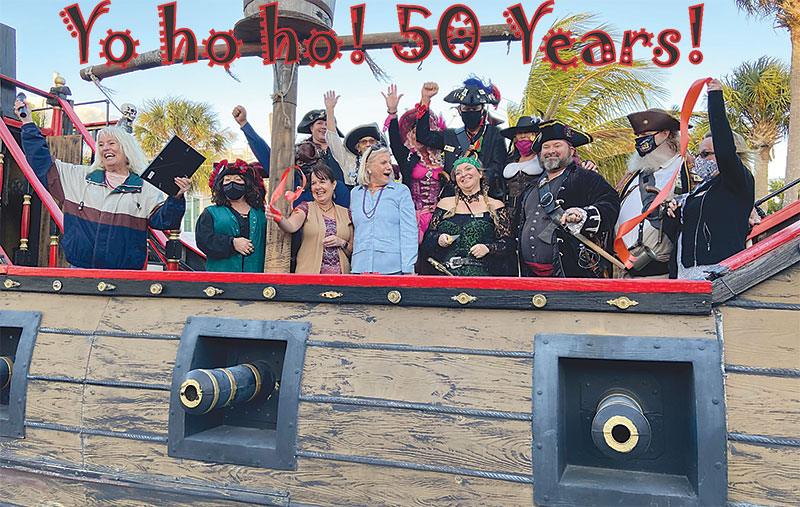 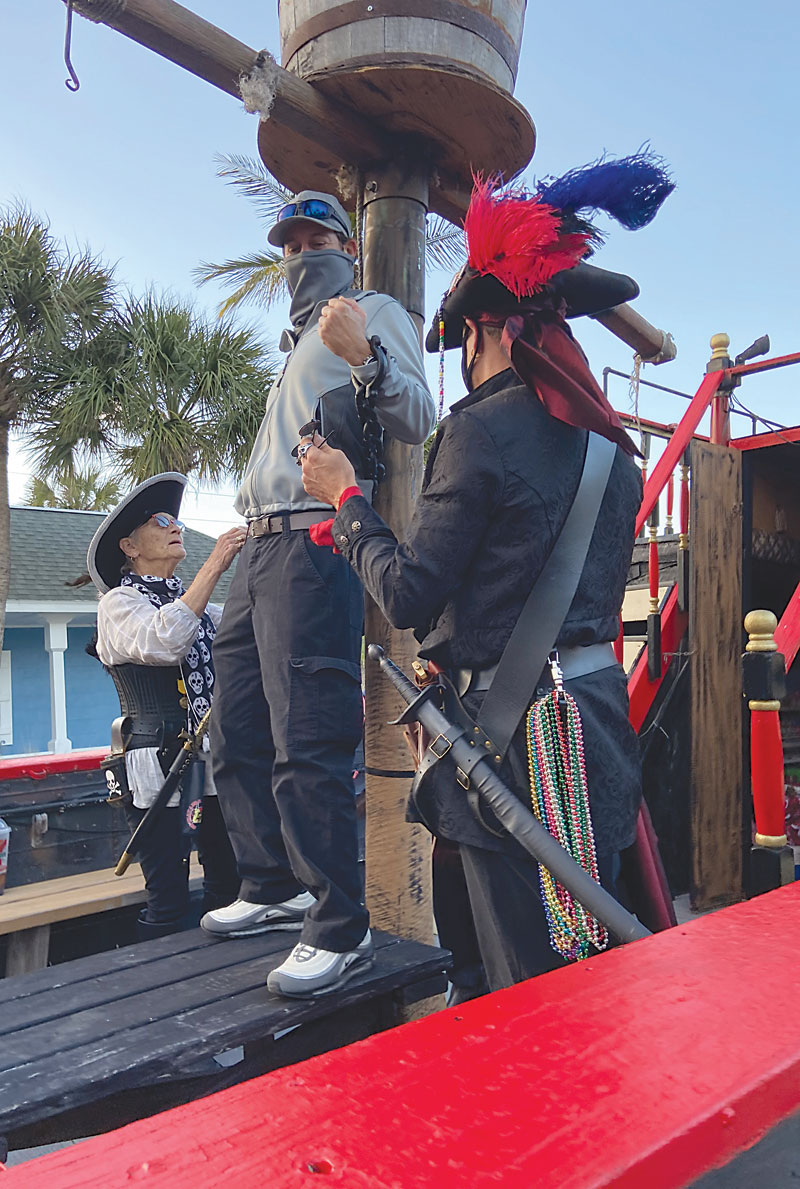 Anna Maria Island Privateers Terry “Cookie” Rapert and John “Lil’ Jon Arrr” Rutherford chain Bradenton Beach Commissioner Jake Spooner Jan. 8 to the mast of their ship, the “Skullywag,” while “capturing” city hall. The Privateers raised $650 “ransoming” Spooner. The nonprofit, established in 1971 to raise money for kids and the community, captured the city as part of its 50-year Golden Jubilee celebration. 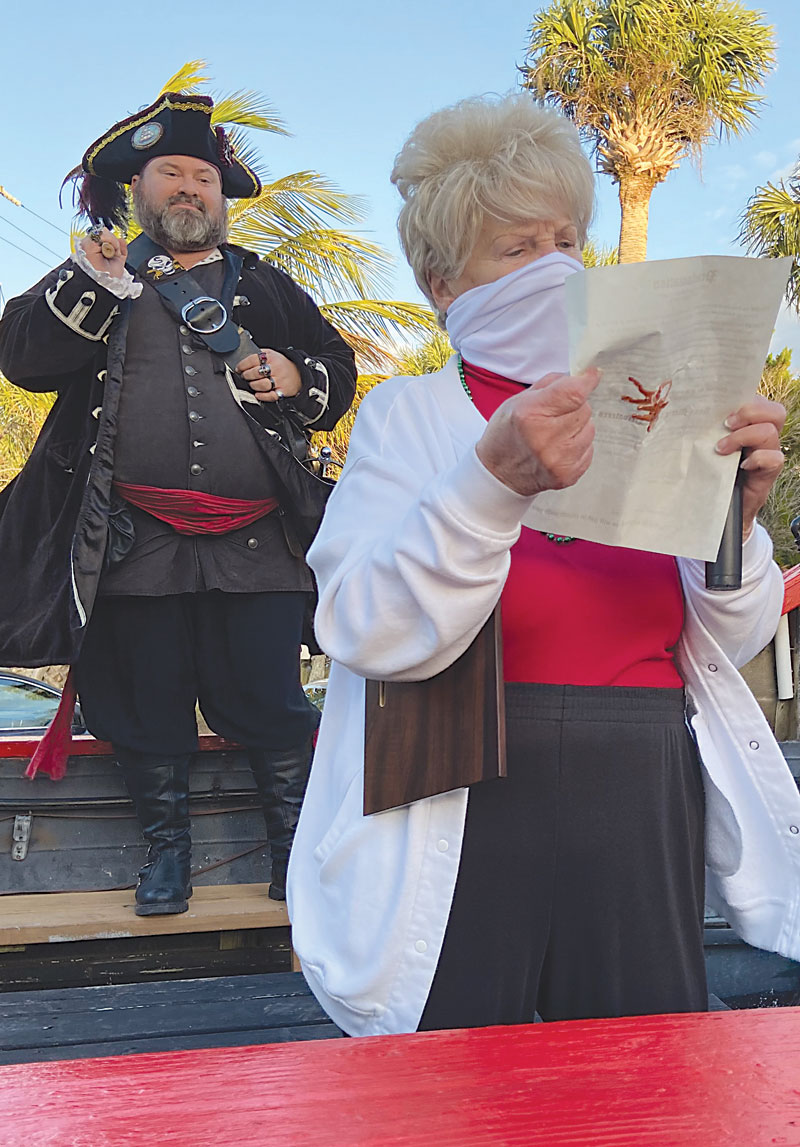 Bradenton Beach Commissioner Jan Vosburgh reads a proclamation naming Jan. 8 “Anna Maria Island Privateers Day” and declaring 2021 the “Year of the Privateers,” while Jamie “Capt. One Eye” Van Deusen looks on. Vosburgh gifted a key to the city to Van Deusen and the Privateers to honor the nonprofit’s charitable activities. 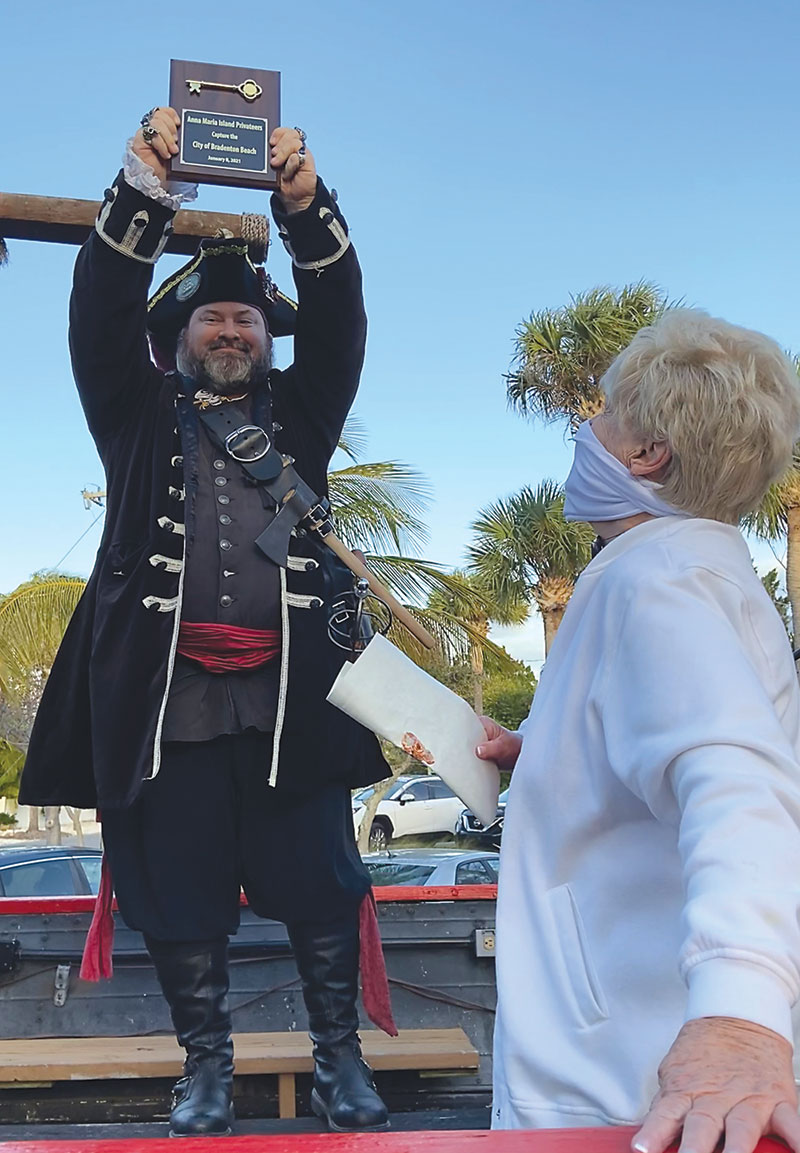 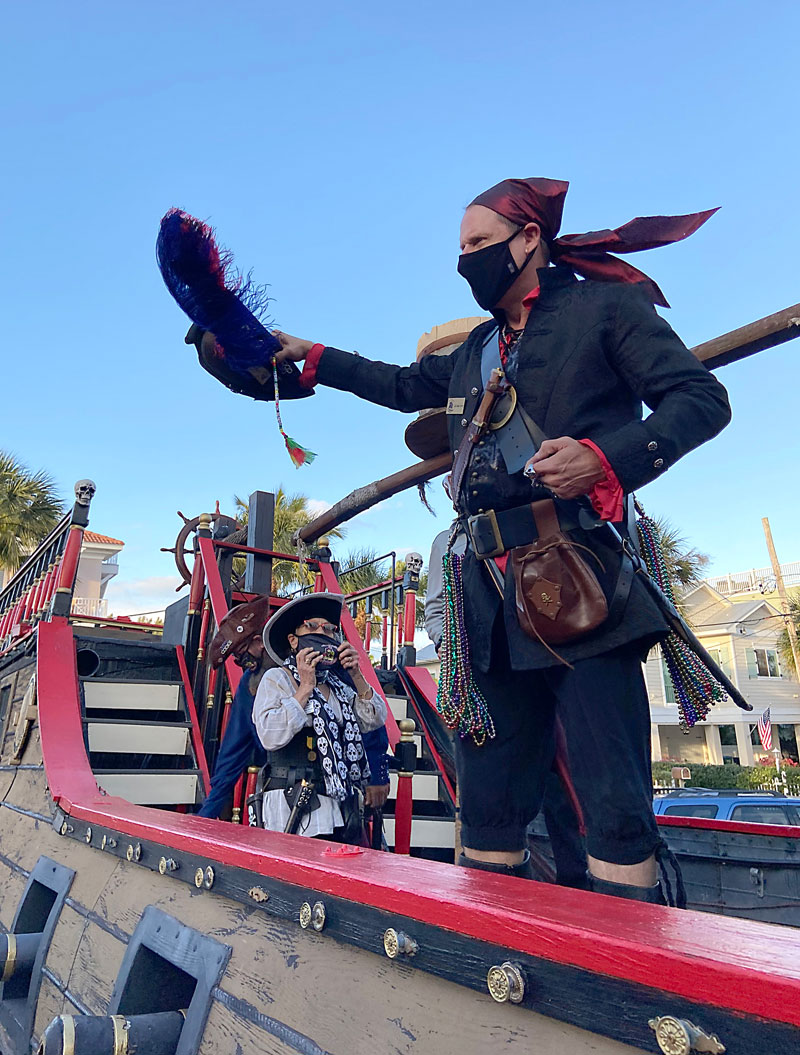 Privateer John “Lil’ Jon Arrr” Rutherford waves his hat Jan. 8, calling for “ransom” to release Bradenton Beach Commissioner Jake Spooner, who was “captured” and “chained” to the Skullywag mast during the event. 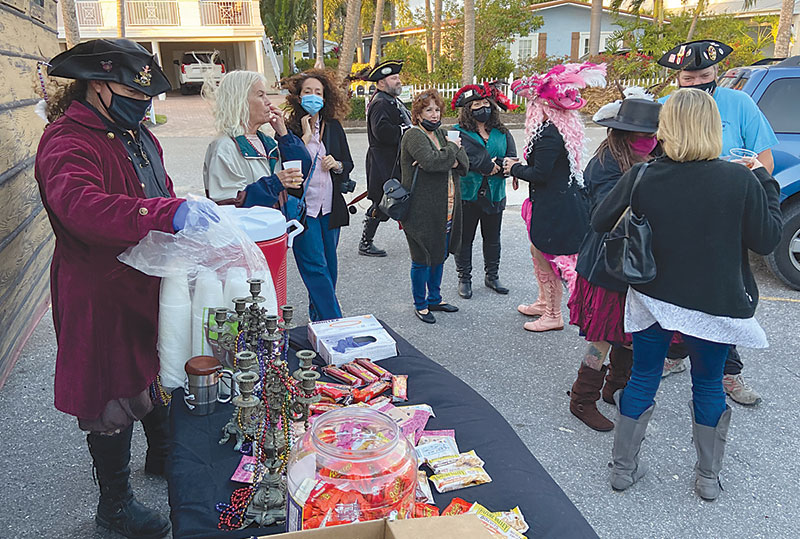 Privateer Travis “Psychic” Sparkman, left, serves refreshments Jan. 8 to the group of people who gathered to join the nonprofit’s “capture” of city hall. 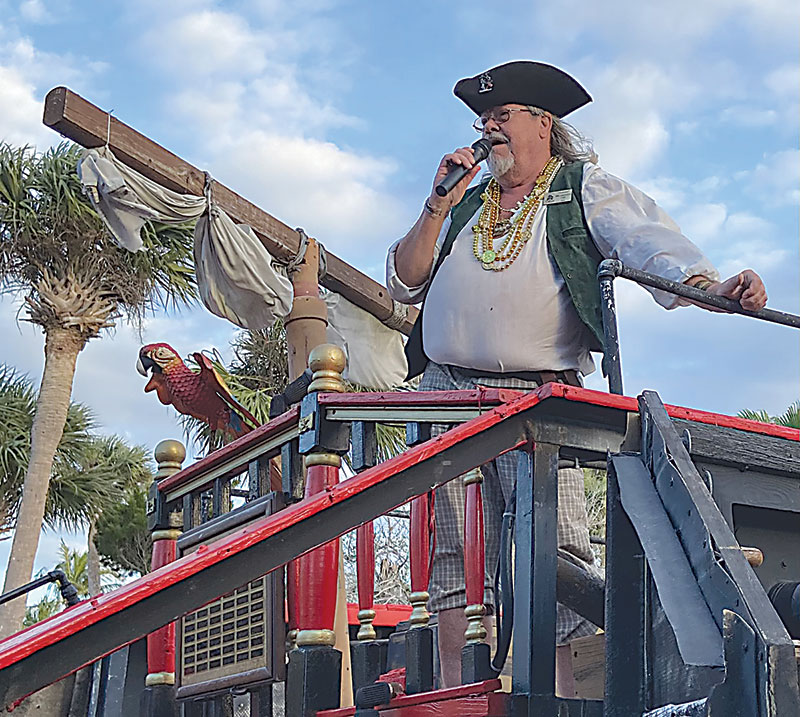 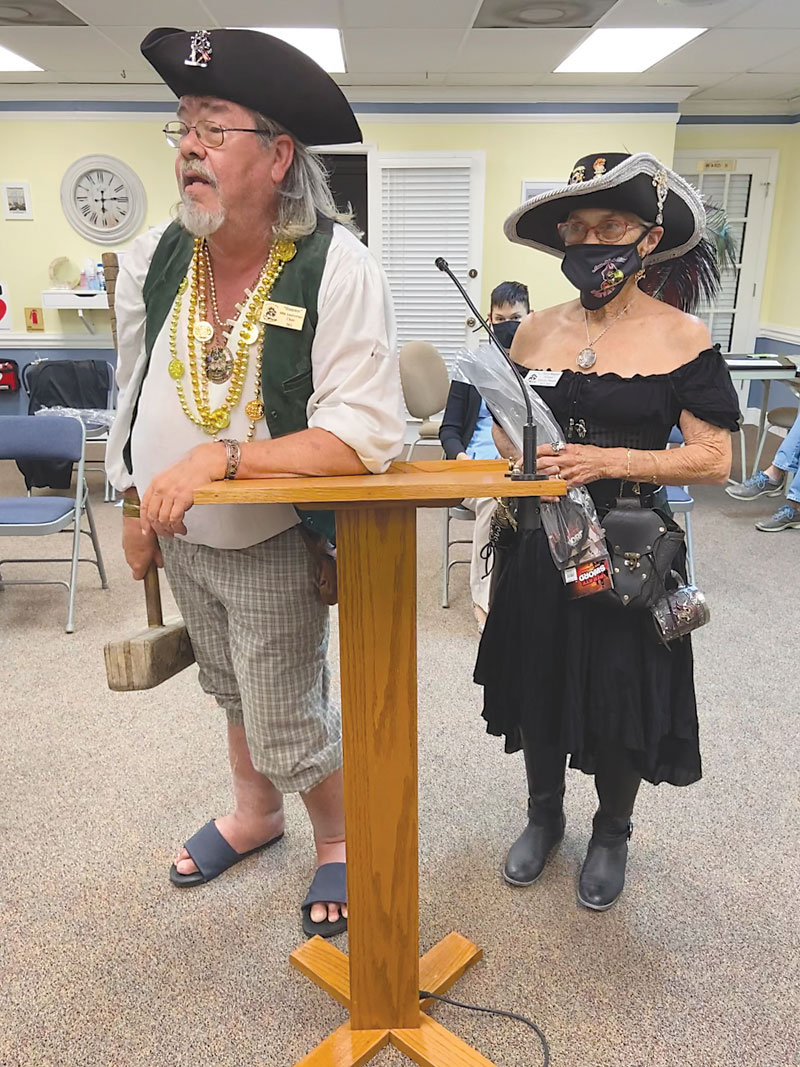