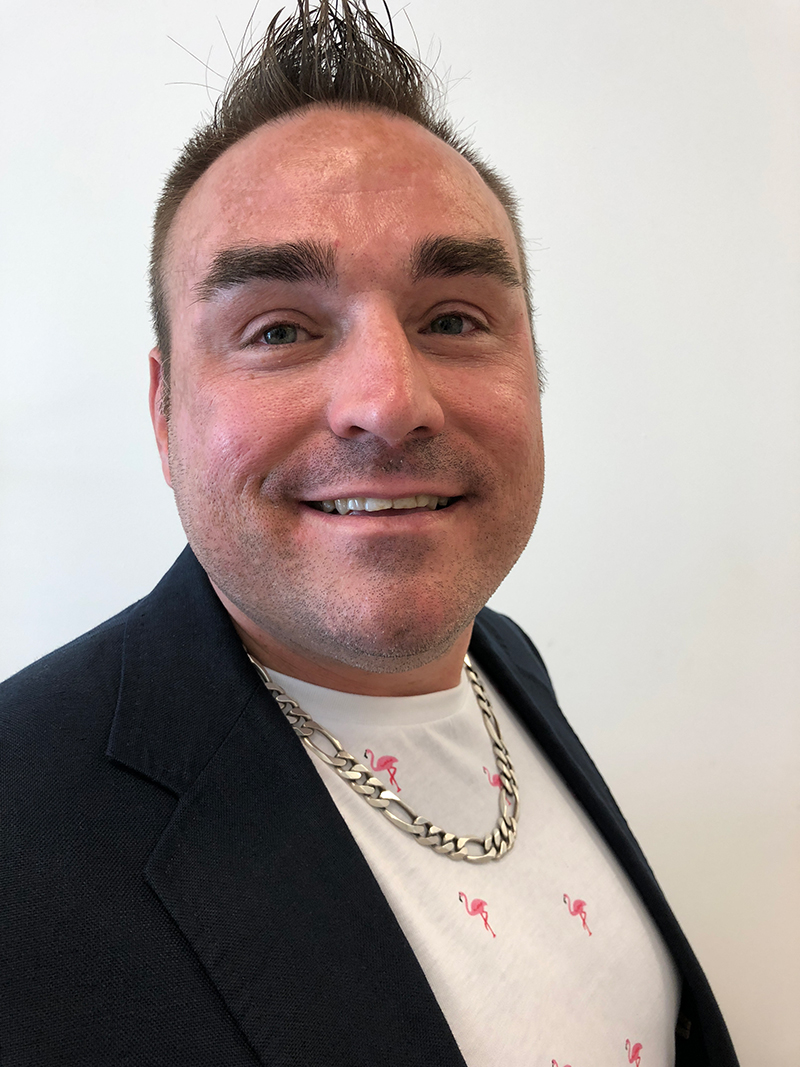 He’s been a regular at nearly every commission meeting — city, planning and form of government — since mid-2017.

Linney volunteered to serve in August 2017 on the parks and beautification committee, which he represents on the Palma Sola Scenic Highway Corridor Management Entity.

“I’m running for mayor of Holmes Beach because I believe the citizens need a voice and they deserve a choice Nov. 6,” Linney will say.

He’s also familiar to the HBPD and in law enforcement booking shots for a string of arrests in Manatee County and elsewhere, including Broward, Collier, Lake, Putnam, St. Lucie and Seminole counties.

Linney doesn’t shy from his arrest record, which includes charges of shoplifting, DUI, assault and grand theft. He said he knows he’s an unconventional candidate.

“I’ve spent my life working to overcome war, trauma, alcoholism, chemical dependence and post-traumatic stress disorder, while living with disabilities, and I conquered them all,” Linney said.

“Growing up in Holmes Beach, my mother walked me to Anna Maria Elementary before opening the Island Bank each morning,” Linney said.

After graduating in 1993 from Manatee High School, Linney said he enlisted in the U.S. Army, declining ROTC scholarships and an appointment to West Point Academy in favor of guaranteed Airborne and Ranger training.

His unit was deployed to Iraq, where he incurred a traumatic brain injury from a one-story fall that left him temporarily paralyzed.

In 1996, Linney said the Army gave him a medical discharge and disability pay. He now deals with chronic pain and kidney disease.

Linney moved to Orlando in 1997 to study criminal justice and computer science at the University of Central Florida.

He also began substituting alcohol for opiates, he said, after losing his father and stepfather to cancer in rapid succession.

There were successes, too.

He graduated from UCF in 2007 with a bachelor’s degree in interactive digital media and returned to Holmes Beach in 2011 where he makes a living as a technological consultant and website developer.

“The next year my life really began to blossom,” Linney said.

He reunited with Harper Kallins, a childhood friend from Holmes Beach, and they were married Oct. 11, 2012.

“I retired to this city in 2011 because this is my home,” Linney said. “I’ve served my country, I serve my community, I’m serving my city and now I want to serve the citizens of Holmes Beach. I’ll be a full-time mayor with one mission — success.”

Holmes Beach mayoral candidate Joshua Linney has a history of interaction with police. Here are some incidents in the city.

Oct. 16, 2017: HBPD responds to 206 82nd St., apartment A, at 1:31 p.m. to investigate a possible theft. Harper Linney told police Joshua Linney had taken money from a joint account without her permission. No arrest.

Dec. 5, 2015: Joshua Linney reports a neighbor threatened to harm his cat. No charges.

Nov. 4, 2015: HBPD questions Joshua Linney at 2:44 a.m. while Linney was parked behind Alvin’s Island. Linney was instructed to return during business hours.

July 5, 2013: HBPD answers call at 10:35 p.m. about suspicious person causing a disturbance at Dominos Pizza, 5604 Marina Drive. Joshua Linney’s girlfriend was summoned to take him home, according to the police report. No charges.

March 10, 2013:  HBPD answers call at 1:58 p.m. and questions Joshua Linney and an associate at a construction site at 3602 Sixth Ave. Linney and associate were trespassed from the property.

Oct. 6, 2012: HBPD answers call at 3:29 p.m. regarding a disturbance at Harbor Lane Apartments, 4509 Gulf Drive. No charges were filed after Joshua Linney agreed to pay damages to a car parked near his own.