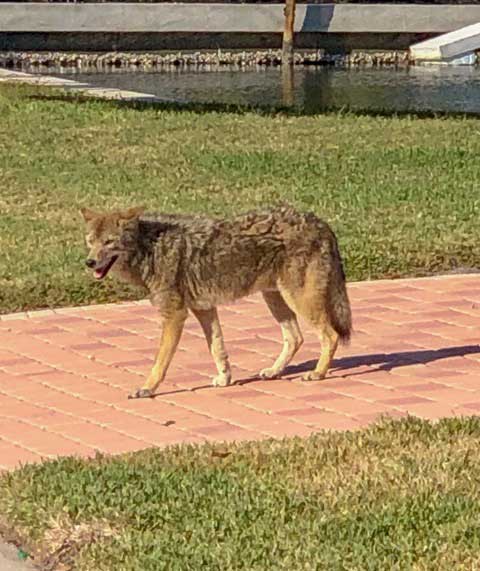 A coyote saunters along Marina Drive near Key Royale Drive in Holmes Beach Dec. 30, 2018. Coyotes usually are active at night, but daytime sightings on the island have become more common since summer 2018. Rick Scherrer of Anna Maria spotted the coyote while on an afternoon bike ride. “We ride our bikes a lot and were really surprised to see that coyote just standing in the driveway in broad daylight,” Scherrer wrote Jan. 2 in an email to The Islander. “We have spotted him up at our end, but only late at night. He/she is mighty bold!” Islander Photo: Courtesy Rick Scherrer
FacebookTwitterSubscribe