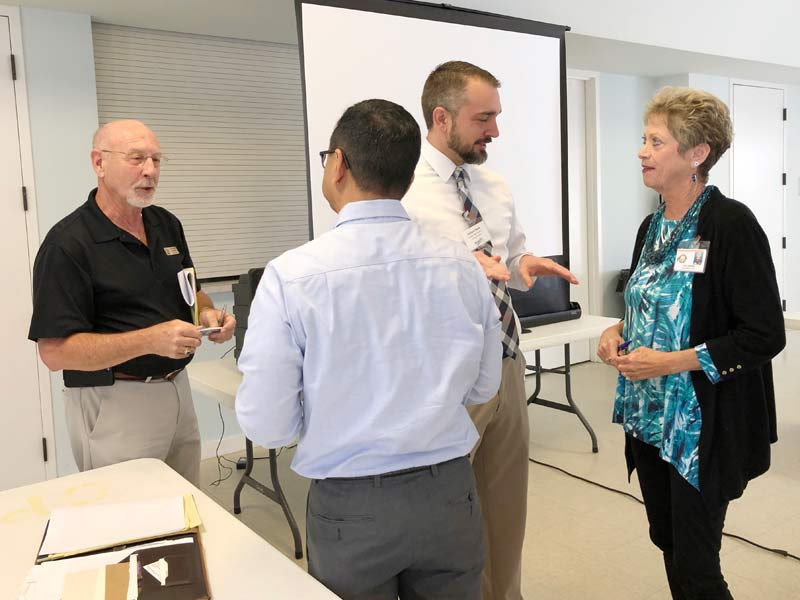 The state launched the three-part Barrier Islands Traffic Study — BITS — at the request of the Sarasota/Manatee Metropolitan Planning Organization, a regional planning body with a 17-member board of elected officials.

The DOT expects to conclude phase three in the fall and then present the final study in January 2020, at a public meeting.

Until then, the DOT and the study’s technical working group will be working on ranking recommendations for Manatee and Sarasota counties, according to Nathan Kautz, DOT traffic services engineer and a leader on the study.

At the steering committee meeting, Kautz and DOT planning manager Bessie Reina invited the committee — elected and appointed officials from Manatee and Sarasota counties — to share goals for their communities and assessments of the ongoing study.

Longboat Key Commissioner Jack Daly expressed concerns that some solutions haven’t happened quickly enough or may not happen at all.

Specifically, Daly said the study must address automobile congestion at the intersection of Gulf Drive and Cortez Road west of the Cortez Bridge.

An analysis of the intersection determined a roundabout is not feasible due to the cost of right of way acquisition.

If a roundabout isn’t the answer, what is the solution? asked Daly.

Congestion at the intersection must be addressed or “we’re not in any meaningful way accommodating or providing traffic mitigation off the island, and on the island, too,” said Daly.

He said he didn’t want BITS to be “just another study. …And I think there’s a danger, unless we can collectively latch on to some real results that can be put into effect.”

“There are a couple of things that kill roundabouts,” Kautz replied, adding that cost is only one factor.

BITS, he said, must look beyond capacity improvements on the barrier islands to put the focus on moving people, rather than merely moving vehicles.

“Capacity improvements are only going to get us so far,” Kautz said. “Capacity is short-term. We’re trying to figure out long-term.”

Long-term solutions involve moving people from point A to point B — and not necessarily in automobiles.

“With the ranking, we’ll look at the significance of improvements, try to figure out how to move more people in less space,” Kautz said.

Lynn Burnett, the contracted city engineer for Holmes Beach and Bradenton Beach, said some short-term projects, specifically the construction of multiuse paths on the island and to the island, developed along with the study and help move people from A to B without autos.

“When you drove in, you drove by one of those projects,” she said.

“I think they’re kind of getting the message: If you get in a car, you are going to be stuck,” Chappie said.

Such enhancements identified in phase two include completing the Anna Maria Island Trail with an 8-foot sidewalk and buffers, widening bike lanes and designating docking locations for water taxies.

The next task, said Kautz, is assigning ranks to those projects and many others, followed by deciding, “how do we get this project done.”