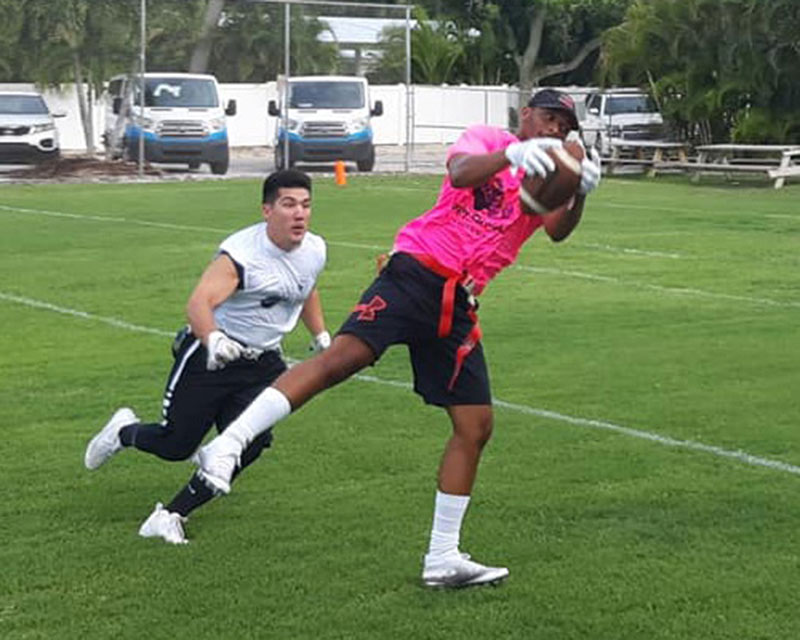 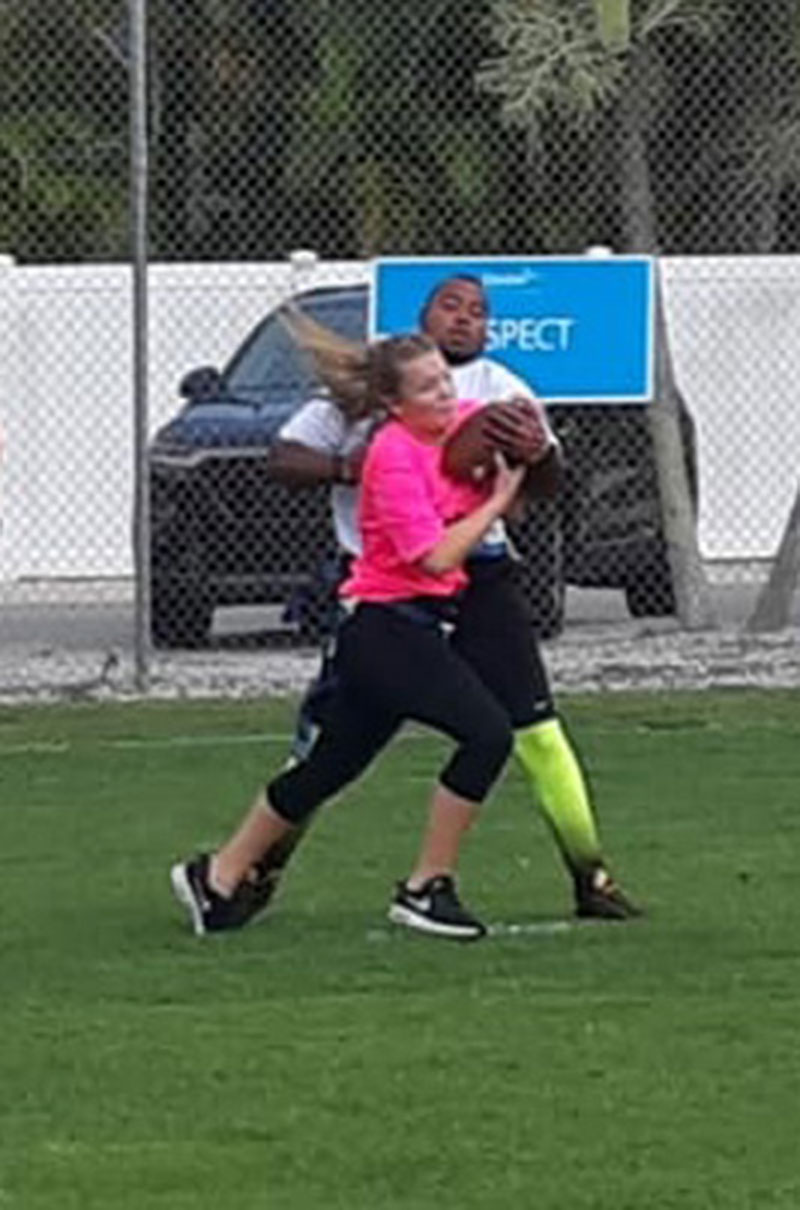 The summer adult flag football league at the Center of Anna Maria Island kicked off July 25 with the first three games played of the summer season.

The outdoor season runs six weeks with a two-week playoff to follow to determine the championship. Championship night is set for Sept. 12,  prior to the semifinals.

Hashmark Sports, Progressive Cabinetry and Moss Builders were off on a positive start with victories and an early lead in the standings, while losses for Ugly Grouper, Gulfview Windows and Doors and Lancaster Design have them on the chase.

The action kicked off with Moss Builders rolling to a 46-19 victory over Ugly Grouper behind a huge game from Jonathan Moss, who threw for two touchdowns. He also caught four passes, including two for touchdowns. Lexi Sato had four catches and two touchdowns, while Ray Gardner finished with two touchdown passes and a receiving touchdown among his eight receptions. Mike Gillum and Chad Woods completed the scoring, each with a touchdown reception.

Lancaster Design was led by Karri Stephens, who hauled in 10 catches, including two for touchdowns, while Tim Shaughnessy finished with two touchdown passes in the loss.

The final game July 25 was a bit closer, as Progressive Cabinetry outlasted Gulfview Windows and Doors by a 33-22 score. Connor Haughey led the way for Progressive with two touchdown passes and two receiving touchdowns. Jaret Rojas threw for a TD and caught a TD, while Brandon Kull and Vincent Paraspolo completed the scoring, each with a touchdown reception in the victory.

The action continues at 6:30 p.m. Thursday, Aug. 1, with the first kickoff on a trio of games at the center, 407 Magnolia Drive, Anna Maria.

The summer indoor soccer season for youths completed its fourth week of action at the center.

The three-team advanced division has G&G Yardscaping comfortably in the division lead with a 5-1 record and Ugly Grouper in second on a 2-3-1 record, just ahead of AMI Locals, which sports a 2-4-1 record.

The intermediate division saw Moss Builders hold off Ugly Grouper July 23 by a 5-3 score behind three goals from Jackson Titen and a goal each from Dylan Sato and Mason Moss.

Jesse Zaccagnino scored two goals to lead Ugly Grouper, which also received a goal from brother Jack in the loss.

The second match of the night saw Solid Rock Construction edge Cloud Pest Control by a 2-0 score. Carson Long and Isabella Roadman led the way with a goal each in the victory.

G&G Yardscaping showed why it’s on top of the advanced division July 23 with a 7-1 victory over AMI Locals. Connor Samblis led the way with four goals, while Ryan Joseph scored two and Hudson Green scored a goal.

Fox Dalton scored the lone goal for AMI Locals in the loss.

The last match of the evening saw Ugly Grouper edge AMI Locals behind a goal each from Angelina Albrecht, Jackson Long, Jayden Sparks and Will Wright.

Savana Coba, Fox Dalton and Evan Talucci each scored goals in the loss.

Action continues July 30 in the center gym with a wildcard playoff match in the intermediate division and season action in the advanced division.

Rain continues to plague the golfers of Key Royale Club in Holmes Beach, though players did manage to get in a round or two, starting with the men’s nine-hole, modified-Stableford system match July 22. Art McMillan and Ron Vandeman both carded plus-4s to finish in a tie for first place.

The women got on the course July 23 for a nine-hole, individual-low-net match in two flights.

Ellen Boin fired an even-par 32 to take first place in Flight A by two strokes over Jana Samuels, who carded a 2-over-par 34.

Sue Wheeler’s 2-under-par 30 gave her a one-stroke victory over Janet Razze in Flight B.

Horseshoe action at the Anna Maria City Hall horseshoe pits was all about Hank Huyghe.

During the July 24 games, Huyghe teamed up with Neil Hennessey to forge the lone 3-0 pool-play record and earn the day’s outright championship.

Huyghe followed up during July 27 games by walking his way to a lone 3-0 pool play record and his second win of the week.