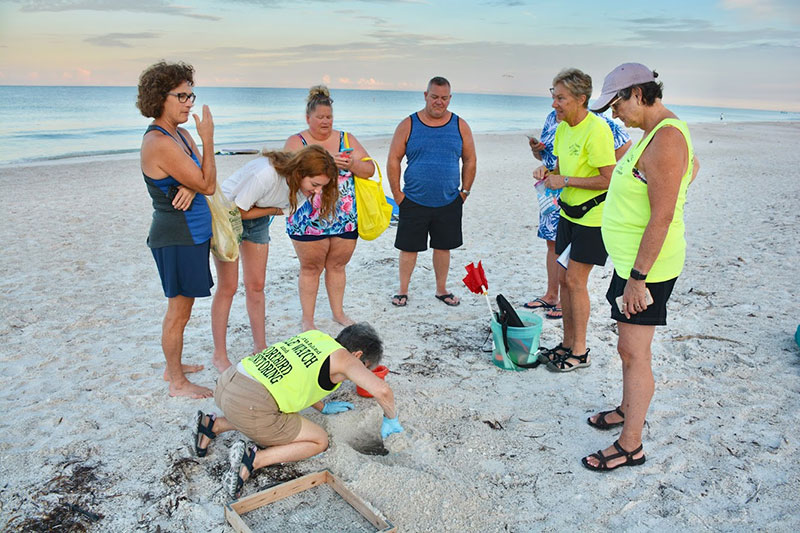 A group gathers to observe Aug. 1 as AMITW volunteer Lena Whitesell excavates a loggerhead nest on the beach near 74th Street in Holmes Beach. The nest contained 23 hatched eggs, 65 unhatched eggs and four live hatchlings, which were released to the Gulf of Mexico. Islander Photos: AMITW 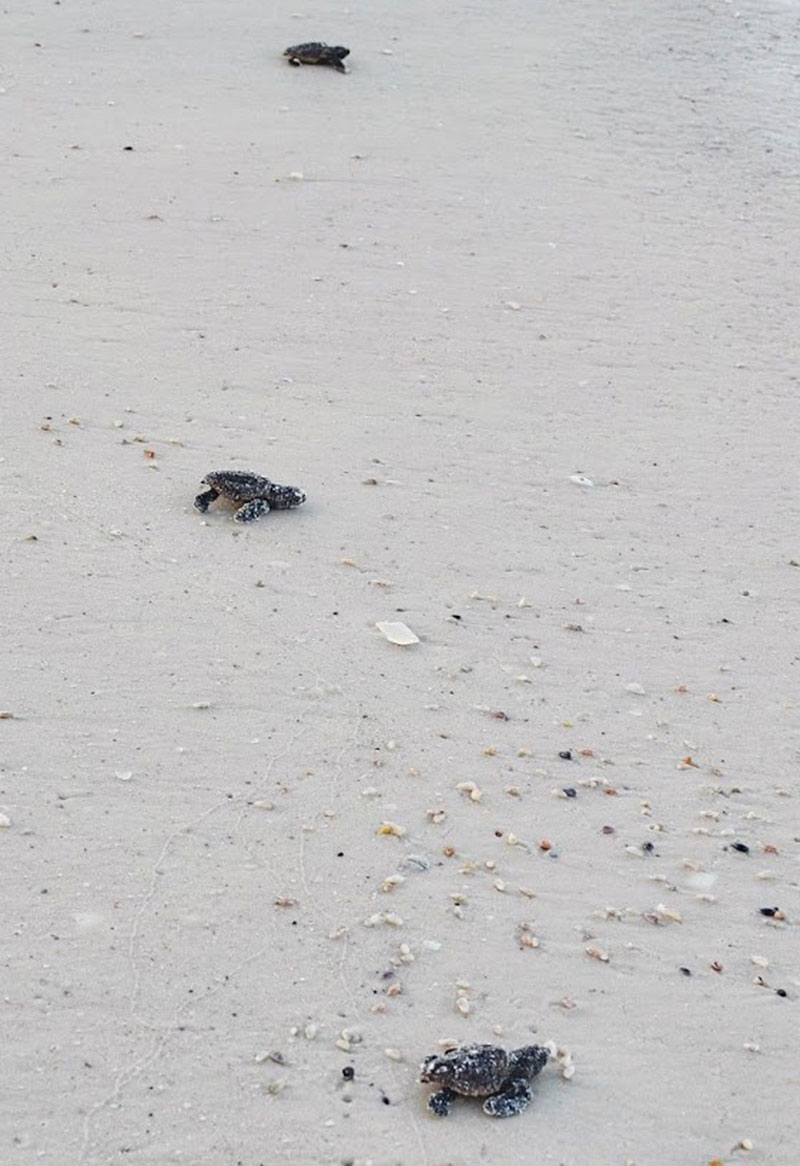 Three hatchlings — discovered Aug. 1 in a nest during an excavation on the beach near 74th Street in Holmes Beach — make their way to the Gulf of Mexico. Islander Photo: Courtesy AMITW An excavation Aug. 4 of a washed-over nest on the beach in Bradenton Beach produced 87 whole, unhatched eggs. The nest likely had been flooded during recent rains and high tides. Islander Photo: Courtesy AMITW

Heavy rain and high tides are part of summer on the Gulf coast.

Fox said about 40 nests were washed over by waves in storms and high tides, and she couldn’t be sure how many nests were flooded or washed out, or the viability of the eggs in the clutch.

In washed-over nests, sea turtle eggs can absorb water and the hatchlings can drown before they emerge.

Fox said if a nest doesn’t show signs of hatching after 70 days, AMITW volunteers excavate it and record the data.

Normally, the volunteers excavate a nest 72 hours after it hatches to record the number of eggs hatched, how many failed to hatch, or if live hatchlings remain.

Live hatchlings are released to the Gulf of Mexico.

Based on Manatee County contracts with state and federal agencies for beach renourishment, Turtle Watch shares its data.

Fox said if volunteers excavate a washed-over nest and the eggs look as though they could still hatch, they cover the nest with sand — and wait.

She said a clutch, which contains about 100 eggs, can run up to about 24 inches deep in the sand, making some eggs less vulnerable to flooding.

“You never know what will hatch,” she said. “They were here doing this way before we came along. Mother Nature is full of surprises.”