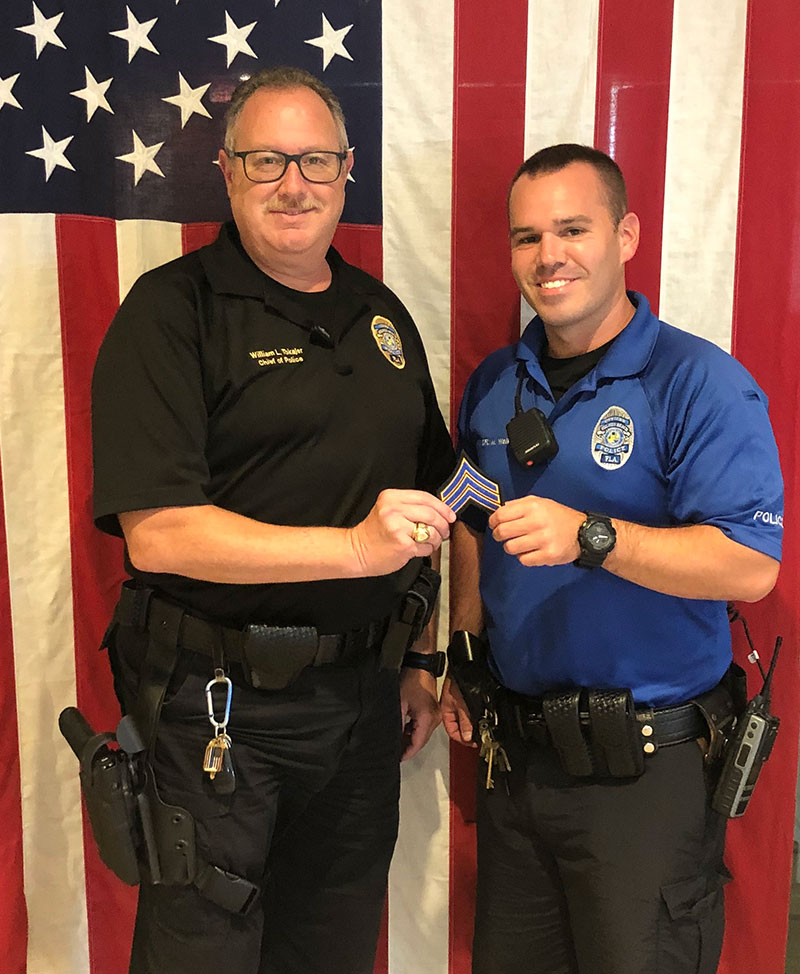 Walker will be promoted Aug. 24 to sergeant.

Walker was named HBPD’s Officer of the Year in 2009, 2013, 2016 and 2019, and twice received a congressional award for dedication and professionalism.

In 2009, he received a security management professional association service award.

With the HBPD, Walker served as a field training officer as well as a member of the honor guard and as the HBPD representative to the city police pension board.

He and his wife Maria are proud parents of a 10-month-old daughter, Kinsley.