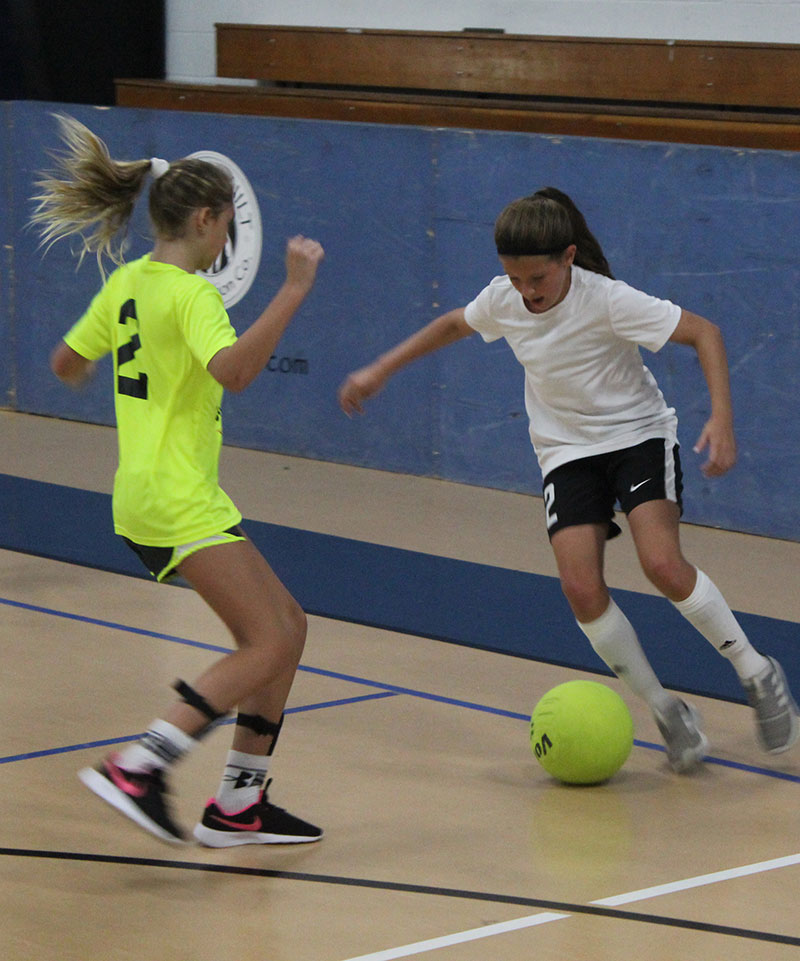 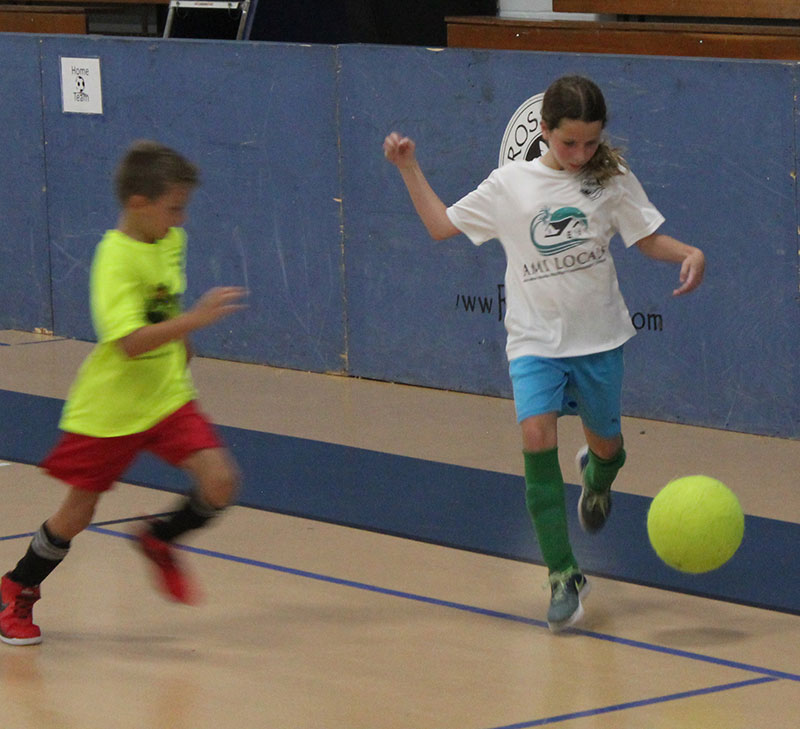 The rain has been a soaker for outdoor sports.

But semifinal playoff action went off Aug. 6 in the gym for kids in the summer soccer league with three matches on the docket at the Center of Anna Maria Island.

The action kicked off with top-seed Moss Builders earning a 5-3 victory over Cloud Pest Control in intermediate division action. The story of this match was the play of Jackson Titen, who was a one-man wrecking crew, scoring all five goals for Moss Builders.

Cyrus Ryan scored two goals to lead Cloud, which also received a goal from Braelyn Curtis and an assist from Cala Ryan.

The second intermediate semifinal match ended with a forfeit when Island Vacation Properties was unable to field a team, giving Ugly Grouper the victory.

Victor Albrecht and Jayden Sparks each scored to pace Ugly Grouper in the loss.

Championship action was set for 5 p.m. Tuesday, Aug. 13, in the center gym with Ugly Grouper taking on Moss Builders in the intermediate division, while the advanced division will see G&G Yardscaping take on AMI Locals at 6 p.m.

After three weeks of action, the standings in the adult flag football league at the center are tight, as tight as a four-way tie.

Lancaster Design, Progressive Cabinetry, Moss Builders and Gulfview Windows and Doors and locked in a tie for first place with matching 2-1 records. Hashmark Sports follows at 1-2, while Ugly Grouper awaits a victory.

Action Aug. 8 kicked off with Lancaster Design taking on Ugly Grouper and holding on for a 34-27 victory behind five touchdown passes from Tim Shaughnessy.

Matthew Manger paced the Ugly Grouper offense with three touchdown passes, while Sirkevious Williams led all players with nine catches, two that went for touchdowns. Anthony McCance finished with six catches and a touchdown to complete the scoring for Ugly Grouper.

Gulfview Windows and Doors outlasted Hashmark Sports 32-26 behind a strong game from quarterback Ryan Moss. Moss had four touchdown passes and added two receptions, one for a touchdown. Jordan Demers added five catches, two for touchdowns, while also chipping in a touchdown pass. Brandin Holcomb and Tyler Lancaster combined on 13 catches and two touchdowns in the victory with Lancaster also coming through on defense with a pair of sacks.

Moss Builders rolled to a 33-19 victory over Progressive Cabinetry behind the all-around play of Ray Gardner. Gardner had a pair of touchdown passes to go along with two touchdown receptions. Mike Gillum and Jonathan Moss each finished with a touchdown reception and three catches, while Chad Woods added a touchdown and an extra point. Nick Sato paced the defense in the victory with three quarterback sacks.

Persistent rain continues to plague the links for the golfers at the Key Royale Club in Holmes Beach, though the men get in their weekly modified Stableford-system match Aug. 6.

Fred Miller earned clubhouse bragging rights for the week with a score of plus-5, edging Warren Boin by a point.

Two teams advanced from pool play with 3-0 records and battled it out for the Aug. 7 championship during horseshoe action at the Anna Maria City Hall horseshoe pits.

The team of Jerry Disbrow and Sam Samuels rallied from a 16-14 deficit to a 24-16 victory over Neil Hennessey and Tim Sofran with Samuels emphatically ending the match with a double ringer.

Sofran found himself back in the finals Aug. 10, this time teamed with Hank Huyghe. Sofran and Huyghe rolled to a 21-10 victory over Samuels and Hennessey to win the day’s bragging rights.

Play gets underway at 9 a.m. Wednesdays and Saturdays at the Anna Maria City Hall pits. Warmups begin at 8:45 a.m. are followed by random team selection.