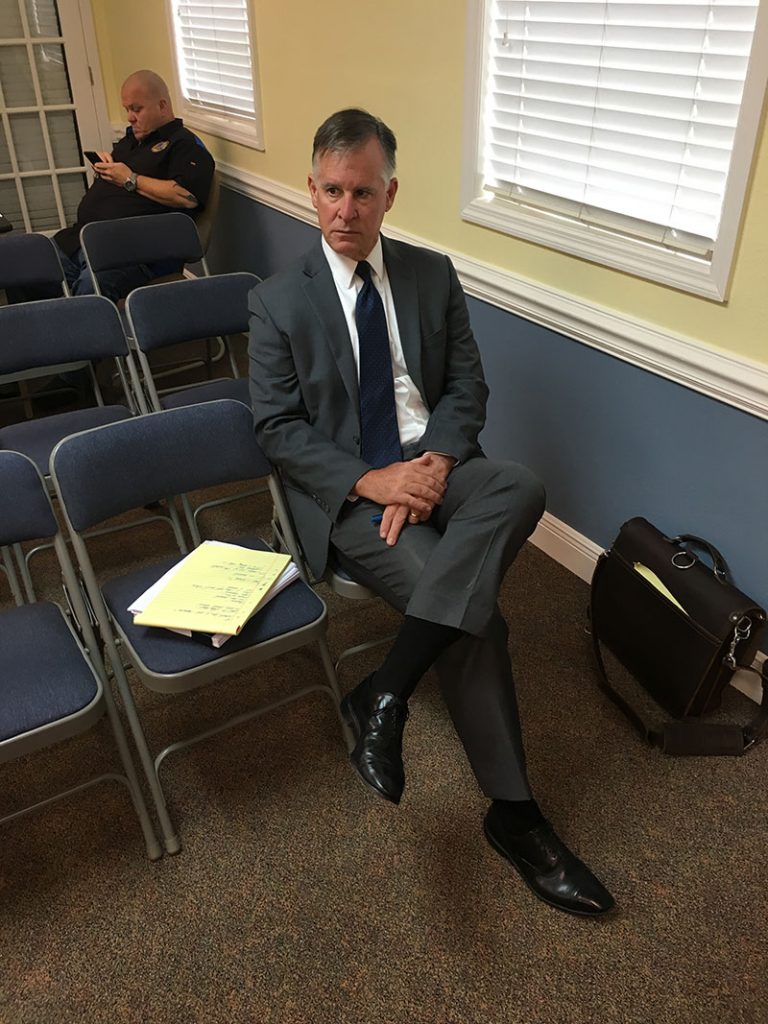 Four proposed charter amendments petitioned by the Keep Our Residential Neighborhoods political action committee failed to make the Nov. 5 Bradenton Beach ballot under a decision by the Manatee County Supervisor of Elections.

City commissioners learned of the decision Sept. 5,  the day after they approved a resolution for the vote.

“The ballot language does not comply with Florida Statutes, specifically 101.161,” Supervisor of Elections Michael Bennett wrote in a Sept. 5 letter to Bradenton Beach city clerk Terri Sanclemente. “I do not believe it is in my authority to change or create any ballot wording, so I will be unable to place these questions on any ballot.”

“I had previously indicated Sept. 5, 2019, as the deadline to get any amendments on the ballot,” Bennett continued. He offered to extend the deadline to Sept. 9, but no later.

The charter amendment subjects for the ballot include:

The state law Bennett referred to requires a ballot title of up to 15 words, as well as a ballot summary not to exceed 75 words, including amendments to a city charter, which acts as a municipal constitution.

The ballot language, which Bradenton Beach commissioners adopted Sept. 4 in a resolution to the SOE, exceed the word limit, according to Bennett.

Blame for the city’s failure to put the questions on this year’s ballot is up in the air.

Judge Lon Arend of the 12th Judicial Circuit Court made it the city’s responsibility to determine the ballot language to conform with state law in his final judgment, but city attorney Ricinda Perry refused to change the language, saying KORN attorney Robert Hendrickson advised against changing any wording.

Perry said Hendrickson threatened to file for sanctions against her and the city if she altered the wording of the questions. She said she sought changes to the wording from KORN co-founders John Metz and Reed Mapes on multiple occasions, to no avail.

She added, in the commission meetings held to discuss the ballot questions in the six months since Arend ruled that they must be submitted to the SOE for the ballot, KORN representatives made no objections and offered no changes to the wording.

Perry said that, after hearing about the SOE’s rejection of the ballot wording, Hendrickson is proposing new language to conform with state law.

But, Perry said she is unwilling to alter the wording because that would change what the voters read when they signed the petitions.

“We’re saying, ‘This is how you shopped it, it’s not fair to pull a bait-and-switch,’” Perry said.

Additionally, Perry said she didn’t understand some of the initiatives, and Metz and Mapes haven’t provided clarification.

On Aug. 27, prior to the SOE decision, Hendrickson filed a second motion to enforce Arend’s final judgment, claiming the ballot language doesn’t meet the criteria of the state law because the city added a summary to the original text that exceeds the word limit and includes the ballot title as the ballot question.

“For some reason there are some added words that might make the SOE not accept them,” Metz said in an interview with The Islander Sept. 5. “I don’t know what that’s about, but it would be a travesty.”

“We’ve got a lot of personalities here that don’t want to give up their power,” he continued.

The next day, Perry told The Islander that she doesn’t understand why Hendrickson would say the city added the ballot summaries. She said KORN provided the summaries to voters on the petitions.

Despite Bennett’s short extension of the deadline for the ballot questions from Sept. 5 to Sept. 9, Perry said she won’t propose changes until a court hearing is held to determine a course of action.

Commissioner Jake Spooner, at the Sept. 4 meeting, moved to retain Johnson for the hearing, and Commissioner Ralph Cole seconded the motion.

Perry said that, if the hearing results in the city having to redraft the language of the initiatives to meet SOE requirements, the city could schedule a special election for the amendments or await the November 2020 general election.