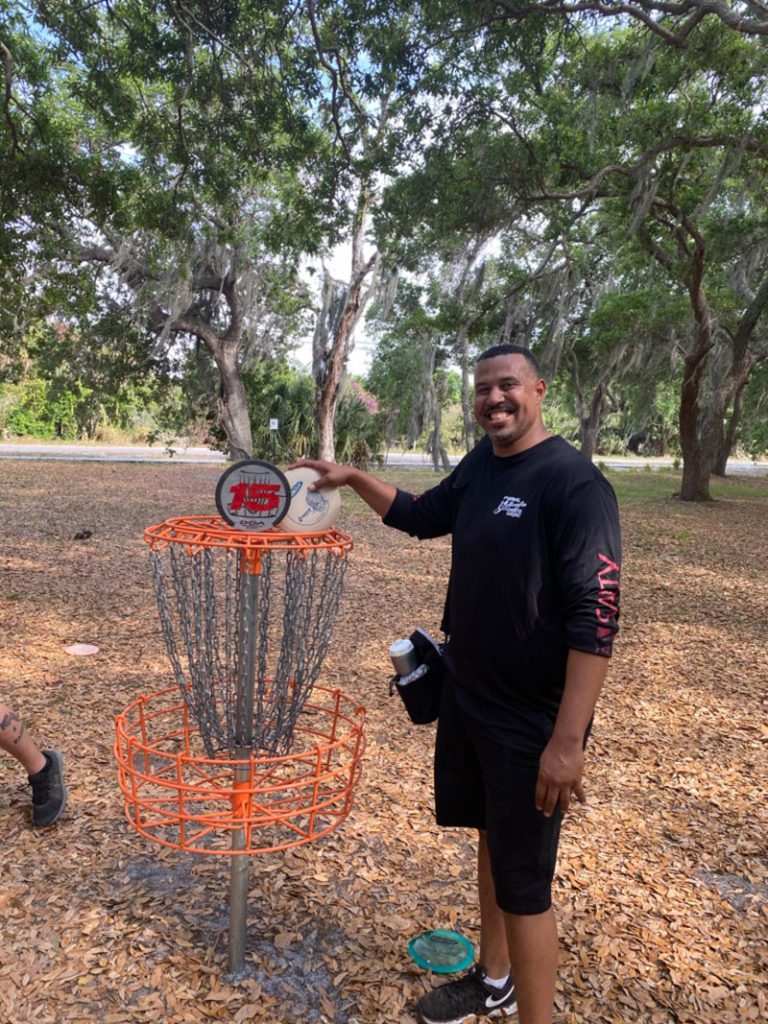 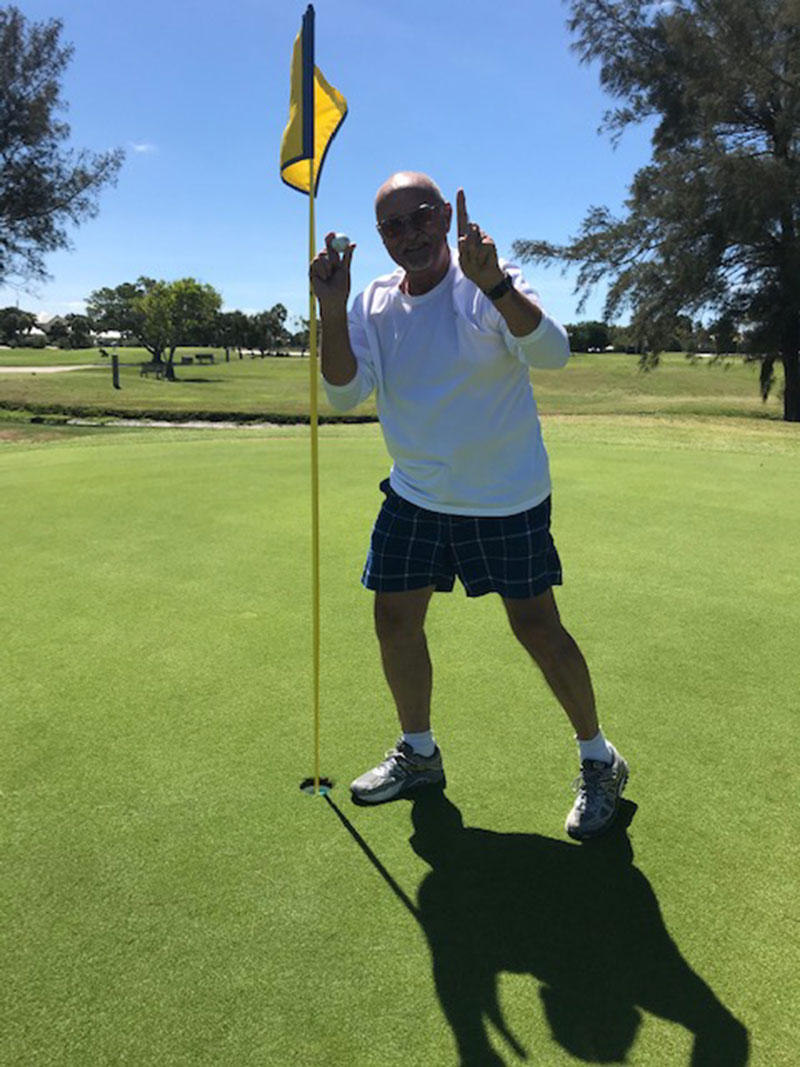 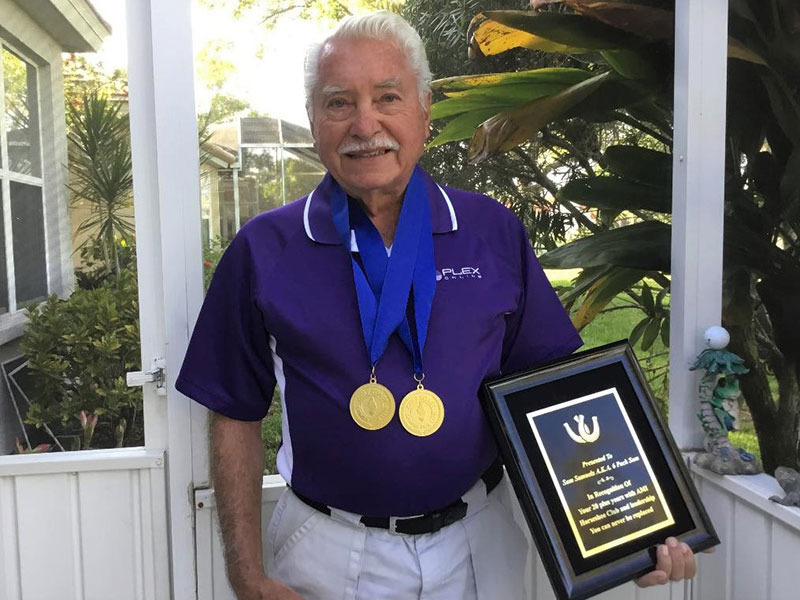 Sam Samuels, 82, models his 2020 Gulf Coast Games for Life gold medals and shows of the plaque presented to him Feb. 27 recognizing his contribution to the Anna Maria horseshoe group. The horseshoe award was presented at the pitchers and partners luncheon at Peridia Golf and Country Club. Islander Courtesy Photo

Organized sports at the Center of Anna Maria Island for youth and adults alike are on hold due to the COVID-19 outbreak, but some individuals and small groups of people are heading outdoors to enjoy fantastic spring weather.

At my house, daily pickleball challenges are played among family members in the driveway. Other outdoor activities being pursued are jogging, biking, walking dogs and golfing.

Golf courses are open for business, but most have limited cart use, requiring golfers to walk the round, or they allow one person per golf cart to comply with the 6-foot social distancing guideline.

Organized outings — match play, scrambles and tourneys — at the Key Royale Club in Holmes Beach have been scuttled, but individuals and small groups are allowed.

An April 1 outing at the club was no April Fool’s Day joke for Jon Holcomb. Playing the fourth hole, a 186-yard par 3 that is the No. 1 handicap hole on the course, Holcomb struck his 2-hybrid straight into a brisk wind.

The ball took one hop and bounced into the hole for Holcomb’s sixth career hole-in-one.

Holcomb celebrated by treating his fellow golfers to the traditional refreshments.

Another hole-in-one occurred the following day at a different sort of course, this one in Bradenton — the G.T. Bray Park disc golf — aka Frisbee — course.

Bradenton resident Errol King aced the 234-foot 15th hole to his delight and his playing partners. King’s shot perfectly split two oak trees guarding the basket and smashed into the chains for his first hole-in-one.

Congratulations go to the golfers.

Longtime Anna Maria horseshoe pitcher and competitor Sam Samuels announced he would no longer coordinate or compete in the Wednesday-Saturday horseshoe competition at the Anna Maria City hall pits at a Feb. 27 luncheon at Peridia Golf and Country Club for the pitchers, their wives and partners.

Samuels reported, “Since I’m unable to effectively compete in the Games for Life and AM horseshoe pitching, I will no longer participate in these programs.”

He remarked that it was a difficult decision, but his goal to receive gold medals was met. “I will greatly miss my horseshoe pitching friends” and the weekly interaction with The Islander reporter and editor, he said.

For many years, Samuels reported the results of the twice-weekly matches to the local newspapers.

Samuels competed in the 2020 Games for Life in February and earned a gold medal with a distance of 6 feet, 1 inch for the long jump and gold in horseshoes.