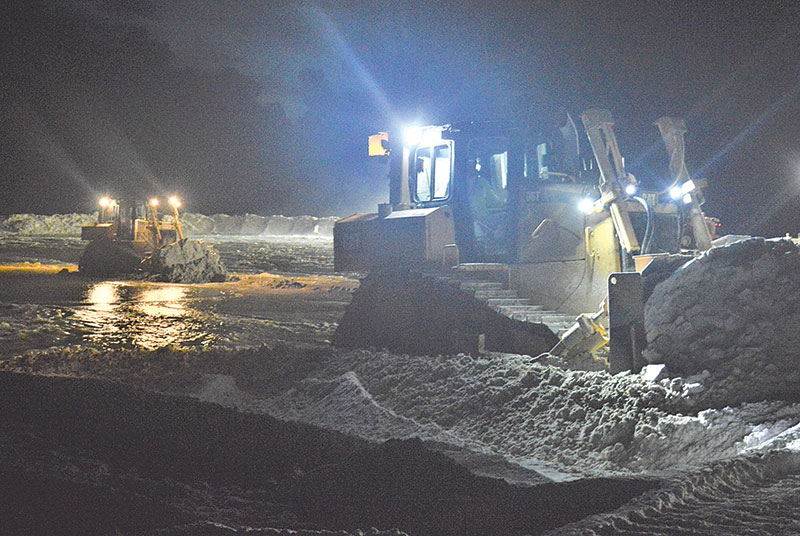 Two bulldozers work through the night Sept. 9, leveling sand pumped onto the beach in the 2100 block of Gulf Drive. The ongoing $17 million beach renourishment project is planned to run through October when it reaches the terminus at Longboat Pass. With the narrowest stretches of beach on the island, Bradenton Beach will take longer to renourish with more sand, labor and equipment than the northern areas of renourished beach in Holmes Beach. Islander Photos: ChrisAnn Allen 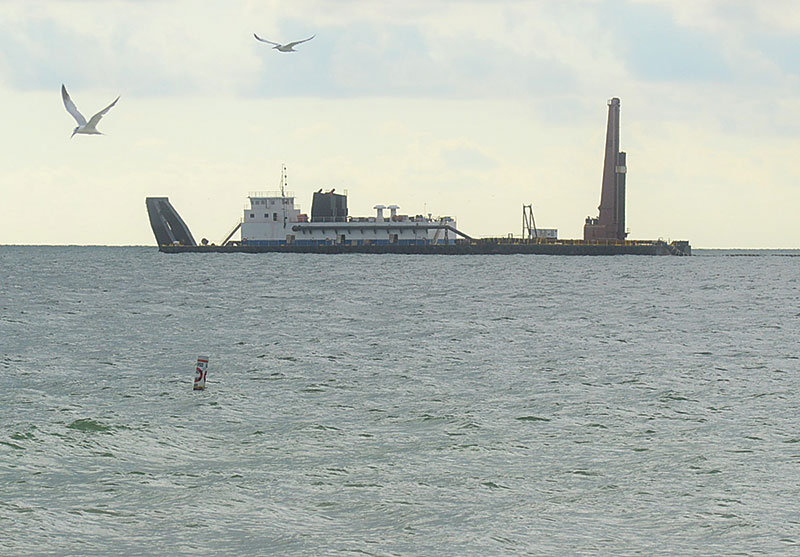 A second barge, added the week of Aug. 10 to boost the sand dredged by another vessel to shore, is anchored Sept. 9 in the Gulf of Mexico, west of 52nd Street in Holmes Beach. The booster recently moved closer to provide more force through longer runs of pipe, providing sand to the 2100 block of Gulf Drive and south. 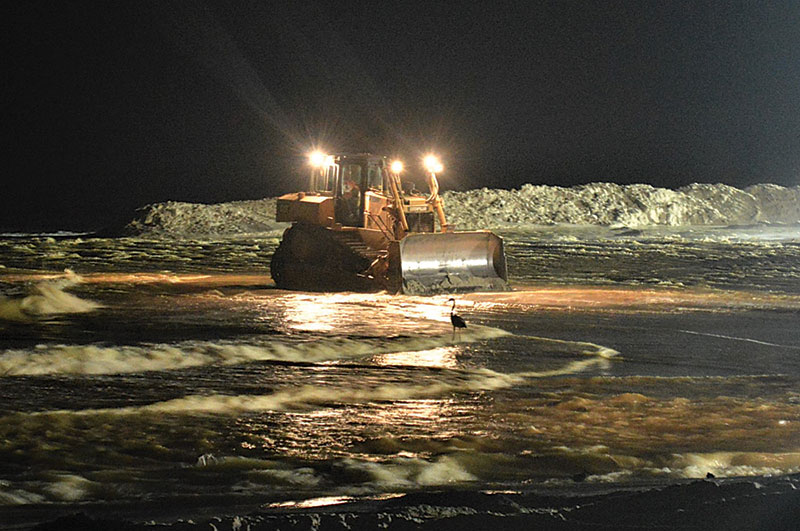 A bird watches in the wake Sept. 9 as a bulldozer smooths sand pumped onto the beach for a $17 million renourishment project which began July 8 near 77th Street in Holmes Beach.
FacebookTwitterSubscribe
We use cookies to ensure that we give you the best experience on our website. If you continue to use this site we will assume that you are happy with it.Ok