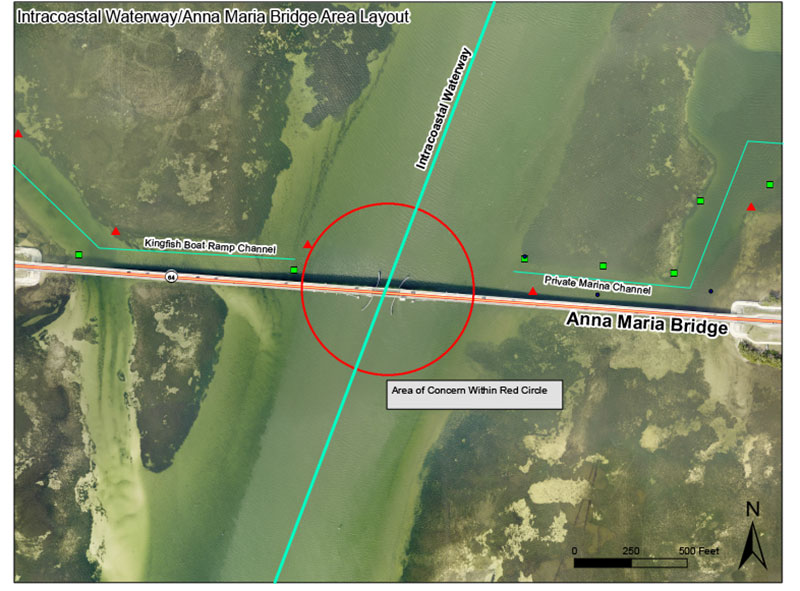 The commission was expected to take up the issue during a meeting Oct. 13 at the Bradenton Area Convention Center in Palmetto. The meeting was to begin at 9 a.m.

Schnering suggested creating a “slow speed” zone and said “the area has no speed restrictions currently and a new marina has been built with a channel intersecting the Intracoastal Waterway on the northeast side of the bridge, across from the channel leading to the Kingfish Boat Ramp, northwest of the bridge.”

“It should be noted that most other bridges in the area are designated ‘slow speed’ due to the congested boat traffic,” the sergeant said.

Florida Statute 327.60 prohibits local governments from regulating any vessel upon the ICW.

However, Alan Lai Hipp, environmental program manager for the county parks and natural resources department, said commissioners could authorize staff to contact the Florida Fish and Wildlife Commission to request a state review of boating safety conditions at the location.

“Any potential establishment of boating safety regulations within the ICW is solely by decision and action of the FWC,” he said.