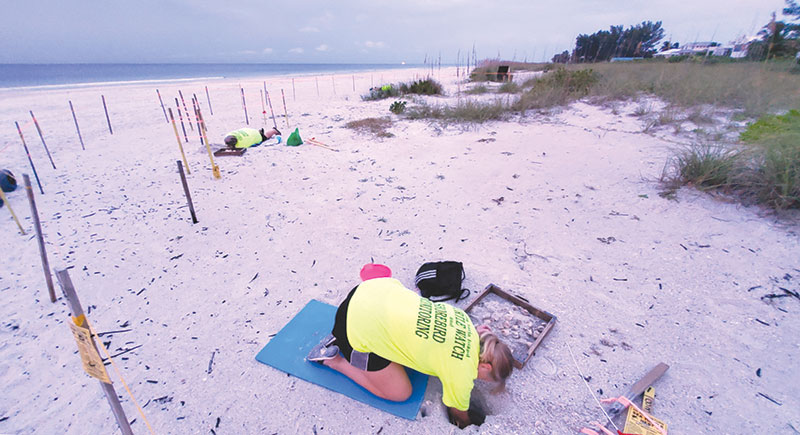 Anna Maria Island Turtle Watch and Shorebird Monitoring volunteers Linda Oneal, in the foreground, Barbara Riskay and Carla Boehme excavate Oct. 5 some of the last sea turtle nests to hatch near Peppertree Lane in Anna Maria before season ends Oct. 31. The team has been collecting data on hatched nests, which were relocated to a nursery area north of a beach renourishment project. AMITW volunteers wait 72 hours after a nest hatches, then dig into the egg cavity to determine how many eggs hatched, didn’t hatch, or if there are dead or live hatchlings remaining. The data is shared with the state and Manatee County and live hatchlings are released to the Gulf of Mexico. 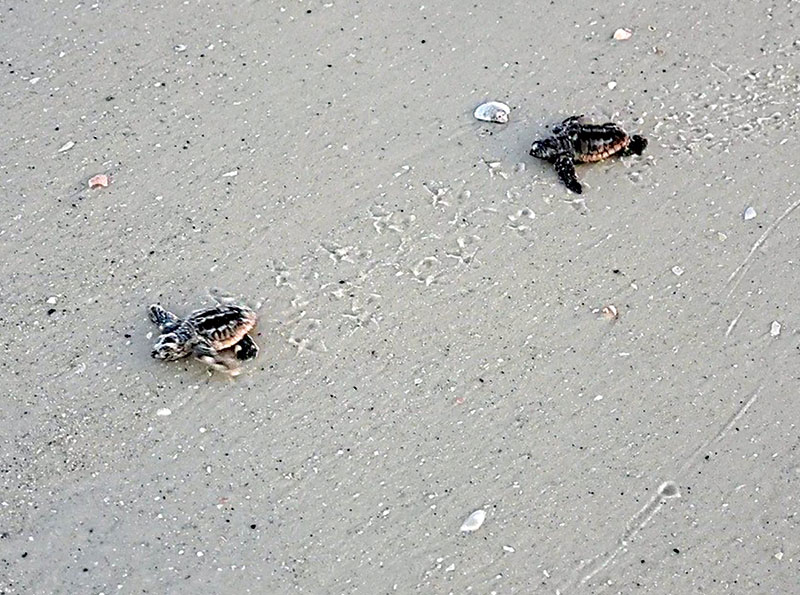 Two loggerhead hatchlings, discovered Oct. 6 by AMITW volunteers during a hatched nest excavation, are released to the Gulf of Mexico. As of Oct. 11, there were 349 nests and 451 false crawls within the renourishment area, with 288 hatched nests and about 20,021 hatchlings sent to the sea. For more information about turtle watch, people can visit the AMITW website at islandturtlewatch.com, or contact Suzi Fox at 941-778-5638 or suzilfox@gmail.com. Islander Photos: Courtesy AMITW 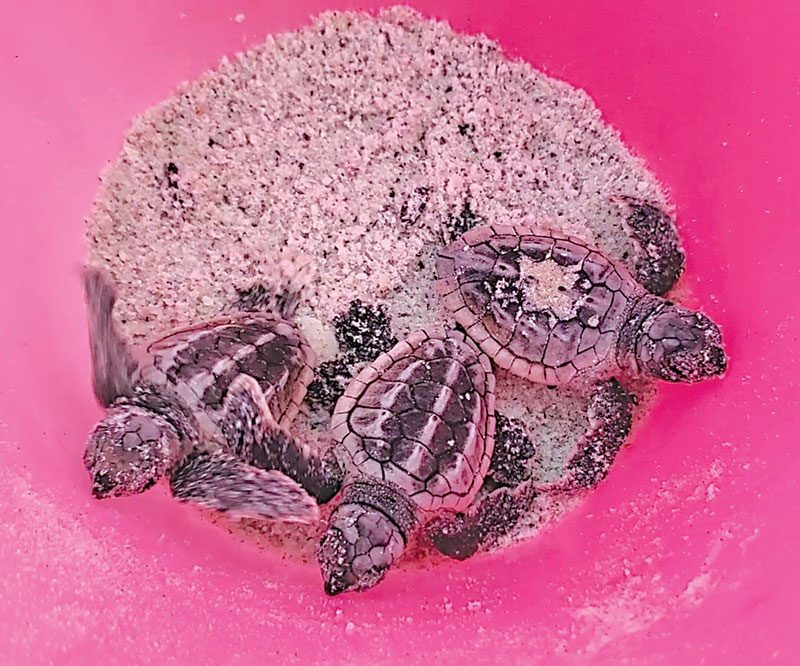 Three loggerhead hatchlings are captives in a bright pink bucket Oct. 1 before being released to the Gulf of Mexico. Turtle watch volunteers found the hatchlings upon excavating a hatched nest. As of Oct. 7, AMITW reported 286 hatched nests, with more than 20,000 hatchlings making their way to the Gulf. Four of 349 nests remained to hatch before season wraps up Oct. 31.
FacebookTwitterSubscribe