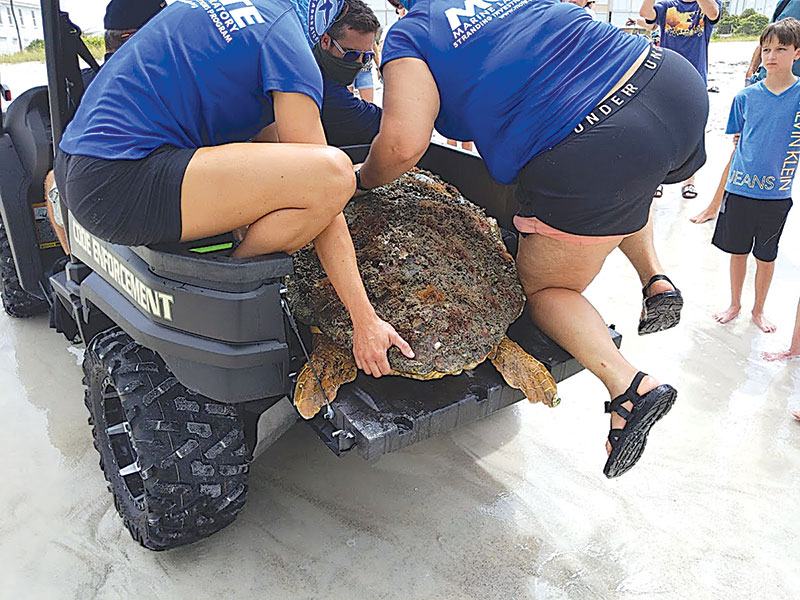 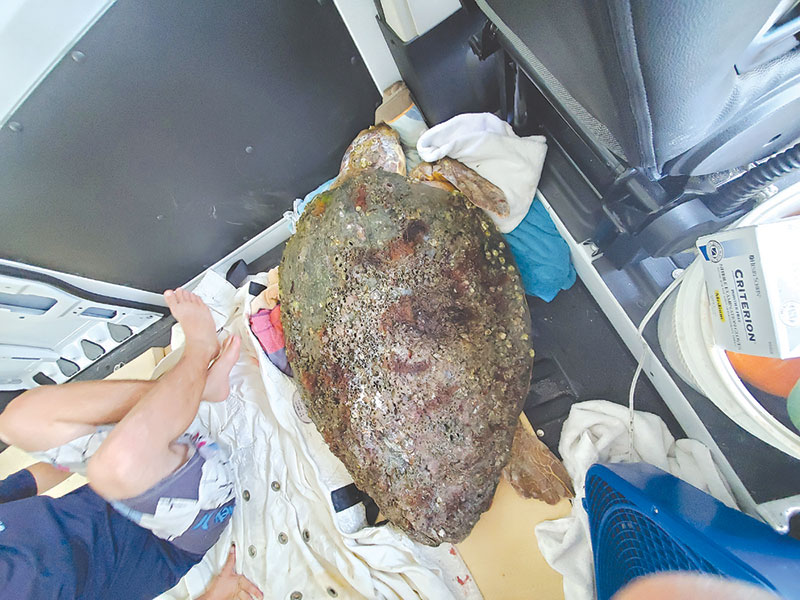 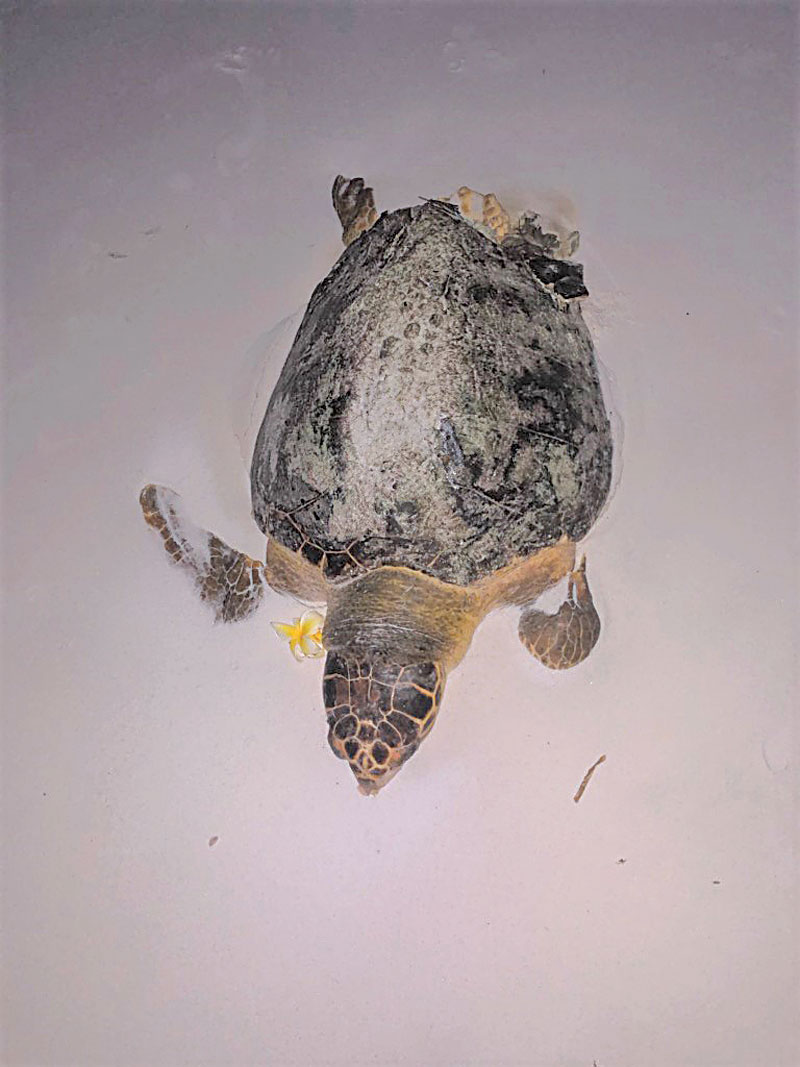 The first two strandings were found dead in the last week of August.

However, the third stranded turtle was spotted alive in the Gulf of Mexico near 45th Street in Holmes Beach. The Florida Fish and Wildlife Conservation Commission Sept. 1 called out representatives of Mote Marine Laboratory’s stranding investigation program to rescue the adult loggerhead, which was reported as lethargic and bobbing in the surf.

The mature female loggerhead was missing it’s front left flipper and had damage to its right front flipper.

A beachgoer spotted the turtle, could tell it was in distress and swam out to help push it to shore near 54th Street, according to Suzi Fox, Anna Maria Island Turtle Watch and Shorebird Monitoring executive director, who was on the beach during the rescue.

“She wanted to go back out to sea and just couldn’t do it,” Fox said, adding the flipper damage might have been caused by a shark bite.

Fox said a Manatee County code enforcement officer was patrolling the beach by ATV and helped transport the 221-pound turtle to Mote’s vehicle, where it was taken to Mote’s rehab hospital on City Island in Sarasota.

“She was very alert, but had a lot of barnacles on her back,” Fox said. “That’s a sure sign something was off, because normally turtles dive under rocks to scratch them off.”

The turtle was nicknamed Violet, after Sherlock Holmes’ mother, since it was found on Holmes Beach, according to Stephannie Kettle, Mote’s public relations manager.

“While she has eaten some, we are always very guarded when it comes to every new case,” Kettle said. “Our end goal is always recovery and eventual release, but at this early stage, it is very hard to predict what will happen.”

People can check Violet’s progress at http://mote.org/hospital, as the organization posts updates about its rehab patients.

One of the dead turtles was found on the beach near Bean Point in Anna Maria and the other was floating in Sarasota Bay behind the county marine rescue facility in Bradenton Beach.

Fox said both turtles appeared to have been dead for some time.

She also said none of the strandings appeared related to the beach renourishment project underway since July 8. The work involves piping sand from offshore onto the beach and is ongoing. The dredge work began near 78th Street North in Holmes Beach and is working south to about Fifth Street South in Bradenton Beach.

“There doesn’t seem to be a commonality between the three strandings,” she said. “Each one is different.”

Fox said guidelines from FWC stipulate she must investigate strandings to determine if the project was a factor.

FWC has noted the three strandings and is investigating a potential cause, including speaking with turtle watch organizations in the surrounding area to see if they have encountered a similar trend, she said.

“Three dead in a week’s stretch is significant,” Fox said. “What it means, I do not know.”