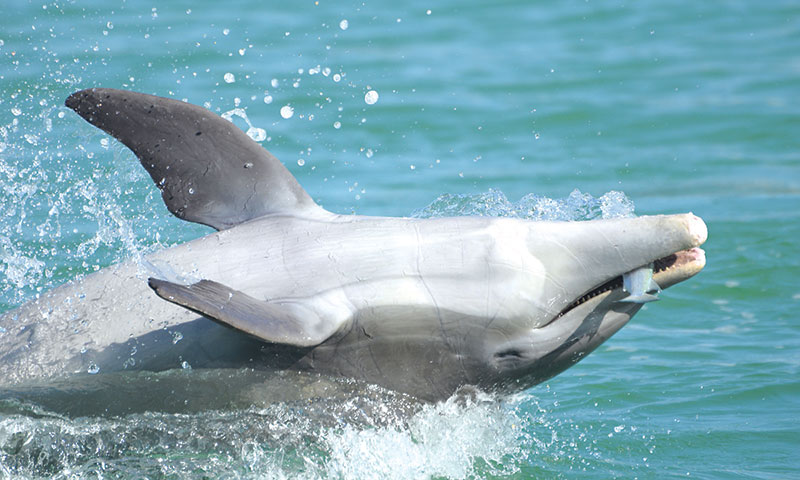 A dolphin, documented as part of the Sarasota Dolphin Research Program, catches a mullet. The program’s origins date to Oct. 3, 1970, when two male bottlenose dolphins were tagged in Palma Sola Bay. That event was the start of the Chicago Zoological Society’s Sarasota Dolphin Research Program, which conducts the longest-running study of a wild dolphin population anywhere in the world. Islander Photos: Courtesy Mote Marine Laboratory 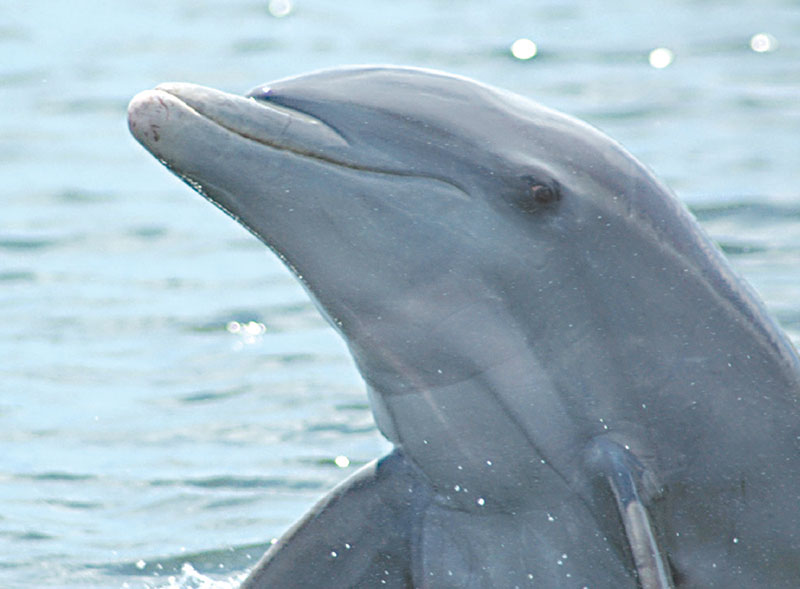 One of the dolphins monitored in the Sarasota Dolphin Research Program, which turns 50 years old this month. The program, started by Dr. Blair Irvine and today led by Dr. Randall Wells, was the first to document the year-round residency of populations of bottlenose dolphins in coastal waters. “What has developed over the decades is certainly beyond anything we could have imagined when we first started tagging dolphins,” Wells said in a statement released by Mote Marine Laboratory, where the Chicago Zoological Society program is based.
FacebookTwitterSubscribe
We use cookies to ensure that we give you the best experience on our website. If you continue to use this site we will assume that you are happy with it.Ok